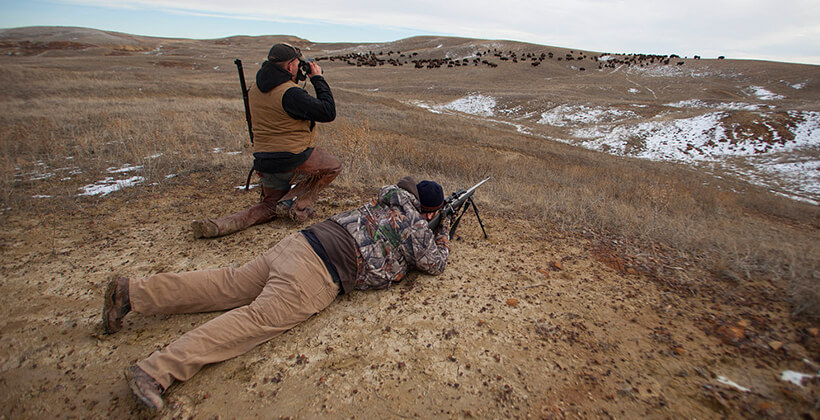 Several exciting events happen at the 777 Bison Ranch every year.

Charties: The 777 Bison Ranch likes to give back to the community who supports it and has partnerships with several charities, including Habitat for Humanity, Youth and Family Services, and South Dakota Youth Hunting Adventures. A buffalo hunt is donated, then auctioned off to the highest bidder and all proceeds are donated to the specific charity.

Holistic Management Class: The 777 Bison Ranch also teaches a yearly Holistic Management class. Overgrazing can be a common problem on ranch lands which can lead to overall environmental depreciation. Holistic management closely simulates natural behaviors of wildlife and has shown to improve habitats over time. The class dives into the principals and practices of the 777 Bison Ranch where students can learn how to better manage their own land.

Bison Production Sale: Each year the 777 Bison Ranch holds a bison production sale offering all classes of quality 100% grass-fed animals such as breeding bulls, heifer and bull calves, and yearling heifers and bulls. This auction is a done completely with video to avoid the stress of running animals through a ring.

Film Location: The 777 Bison Ranch is a highly sought after film location that has been proud to host productions such as Wyatt Earp and Dances With Wolves. The BBC has also filmed several documentaries at the 777 Bison Ranch, including segments from the critically acclaimed Planet Earth.  A herd of over 2,000 buffalo, the landscape, and picturesque scenery are an inspiring addition to any production.

To learn more about these events or for general inquiry please contact us HERE.