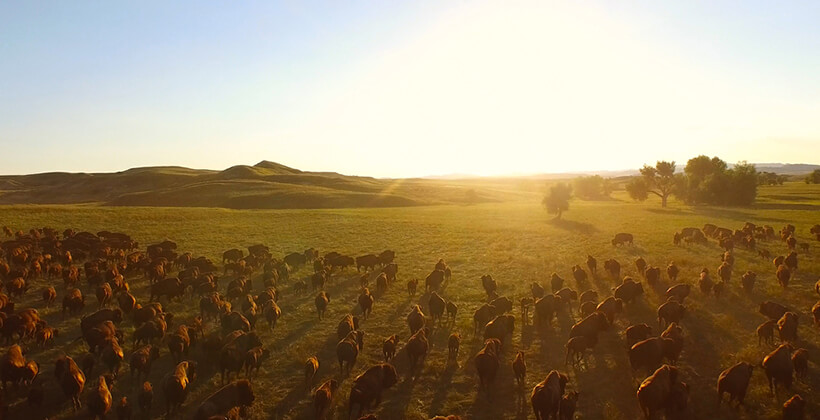 Our bison mimic the way their ancestors roamed the Great Plains years ago by rotating grazing paddocks.

The entire herd has been DNA tested and any animal that is kept for breeding is DNA tested.

Why? Our bison are DNA tested specifically for the cattle gene.

Cattle genes were introduced to the buffalo population at the turn of the century when they were cross-bred with cattle to help from them going extinct. Cattle gene introgression into bison is less than one percent, however, we at the 777 Bison Ranch strive to keep bison as bison. Therefore, we genetically test all of our animals and keep our herd in it’s purest form.

Since 2010 we at the 777 Bison Ranch have been working with Texas A&M, Dr. James Derr in testing our herds DNA. We are within our goal to have one of THE most genetically diverse herds of bison by the year 2017-18.

By DNA testing all of our animals we are one step closer to achieving this goal.